I don't know what to say, but here's something I wrote and showed to David to praise him for inspiring me to write songs again & all the help he's given me over the years) after he sent me that smug character insulting review by Brian Howe in Spin Magazine..... 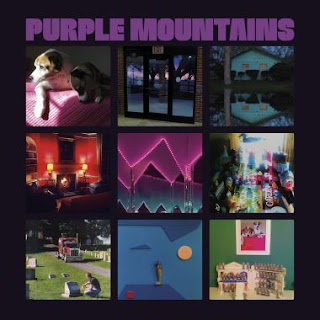 “You can move right in”--DCB

It wasn’t until the 5thweekly session (2/19) that I wrote
“Still, something’s tugging at me to write a song again
---is it some intrinsic internal need?
or is the fact that an old friend 2000 miles away
who I haven’t seen in years,
but is far better songwriter than I’ve ever been
is recording his first album in a decade
& wants me to lay some simple organ chords
on the chorus of one of his songs…..
(not that it needs them….)
& though he’s far away, I’m less lonely
& his lyrics speak me
a better diagnosis of the “strictly physical”
aspects that got me into ER
in the dead of winter pain
at exactly the right time:

“On occasion we all do battle with
a little motivational paralysis
you get trapped at the stage of analysis
where thoughts bout the shortness of life may beget
bouts of shortness of breath in your chest
doubts bout the worth of the time you got left
crowding out all but the fear and regret…
With their internal rhymes, alliteration, assonance that, in my opinion, can “stand up on repeated readings,” the conscience scouring, heart opening lyric intensity, the refusal to blame & permission to acknowledge your fuck-ups, coupled with David’s long lined/long phrased and very percussive vocal style (a plodding parlando trod halfway between talking & singing, but then as I write that, I realize it might sound like I’m talking about hip hop when I mean more, “say, Coney Island Baby or Leonard Cohen-esque) over simple 2 chord verses, and 3 chord choruses resonated with me. Regardless of whether David’s song is autobiographical, or as he puts in an interview, “tuneful surveillance” of a general cultural epidemic (at least among 50 something white males), it was clear to me that I too suffered from:

storyline fever, storyline flu
apparently impairing your point of view
It’s making horseshit sound true to you
now its impacting how you're acting too (2X)

& “right about now” I find lines like:
“I want to be a warm friendly person
but I don’t know how to do it” (“She’s Making Friends…”
especially relatable, yes, relatable….
It reminds me of the Chi Lites singing
“I don’t know where to look for love/
I just don’t know how” & I don’t know
how I got sucked into being a solitude addict
but can I will myself into a happy collaborating family
or at least a house or job with regular piano access?
(Surely others can relate to a need to be a crazy uncle?)

Anyway, just like he hadn’t done an album in ten years, I hadn’t published a book of poetry for 15—but even though he sings, “when you’re seller and commodity/ you have to sell yourself immodestly” in this song, it needs not be strictly referencing a commodified artist (since social media has now democratized the commodified utterance—or at least the downsides of it)…and, yes, I’m scared of being “immodest” (or feel repentant for previous immodest transgressions), which may of course be the most immodest thing of all (trying to “chide no breather but myself”---which David’s album does extremely well, along with what David C. Drale, referring to classic blues form, calls “idealized, non-specific references to one’s life.”

Despite, or more likely because, of the darkness, and absolute sense of social disconnection of
“grim lyrics married to music that is cheerful, calm & cool,” I sensed a wisdom in this album (not begging, or blaming), especially when I got to the last verse of “Snow is Falling In Manhattan”:

songs build little rooms in time
and housed within the song's design
Is the ghost the host has left behind
to greet and sweep the guest inside.
stoke the fire and sing his lines.

Lyric as shed skin—?
like my more “purely physical”
need for a piano as a cat needs
to sharpen claws, or rats gnaw….
sing it not to be it?
to be & not be it?
to it being not be?
a sliver of hope….
“strangely my hope has to
be rooted in the realization
that I am an utterly dumb creature…”

Posted by Chris Stroffolino at 7:54 PM