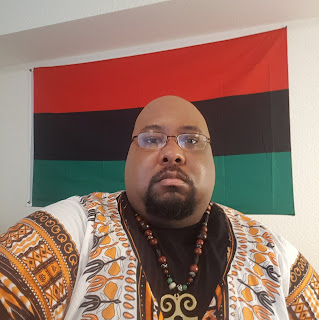 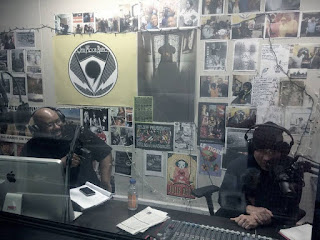 I’m still in shock, and probably 5 simultaneous stages of grief right now (heavy hearted? Bursting hearted?)…..but I have to try to say something, by way of tribute, at the risk of missing something essential, and this end up being more about me than Chris Brown….I guess I only knew a sliver of his life, but I wish to celebrate…..I don’t like to use the term “star student” coz it implies favoritism, but if anybody was, Chris Brown was.

2014: I was teaching my first creative writing class in 5 or 6 years, and still very much mourning Amiri Baraka who had recently died, and since I taught at a school where whites are a minority, and it was a multi-genre class, I thought The Amiri Baraka Reader would be a perfect model text for work in various genres. The first night of class, I arrived 30 minutes early, and there was already a student sitting there reading the Baraka reader. “Wow,” I said, “I see you bought the text already. I didn’t know the bookstore had it yet.” He looked at me puzzled, “The Baraka reader? Oh, I’m just reading it on my own.” That’s how we met (he loved to tell others that story….)

And, in his classroom performance the entire semester, he seemed to, intuitively (if not necessarily ‘naturally’) have the word “teacher” written all over him. He had strong, clear righteous political analysis, but often kept them in reserve, and let others talk even if he disagreed. He chose his battles and earned an authority, I believe, with everybody in the classroom with when he would weigh in with insightful, empathetic analysis of others creating writing. He helped make the class run more smoothly as mediator. Often I felt he was more like a co-teacher, or taught me more than I taught him—for instance, about James Baldwin, Afro-centric theory, etc. Yet, he seemed surprised when I asked him, “have you ever thought about teaching?” I think we were both trying to reinvent ourselves when we met (I’m told he was a personal trainer in a past life/)…

He became a tutor in the writing center, and, in the 3 years he was at Laney, he took full advantage of the (alas, too few) extra-curricular resume-building opportunities Laney can offer while at the same time working as activist to put the community back in community college—serving in student government, the steering committee for the Laney College teach ins, on the frontlines of the anti-gentrification struggle, and helping to spearhead the Umoja-UBAKA program, all the while keeping his grades up so he could transfer with some financial aid to U.C.—Davis and continuing to work on his creative prose, drama, and poetry. The wide net he cast reminded me of myself in undergrad….(and sorry if this sounds more like a teacher’s “recommendation letter”)…

I invited him on my radio show to read his creative writing and also talk politics, current events, systemic racism, etc. On air, it became almost immediately apparent to both of us that we had a verbal chemistry, and he became co-host of my show and immediately made it better. We brought in other students, and began plotting ideas for future shows. We were just getting started. Unfortunately, do to scheduling issues, the show was not renewed….

Chris Brown had so many talents, he debated with himself on possible majors and seemed relieved when I told him you don’t have to major in English as an undergrad to be able to get into an MFA Creative Writing program should he choose that route. He made me feel like I was helping him, even if I’m not so sure I was….We stayed in touch after he left Laney (his FB posts were often very informative and insightful; he was the first to show me the BBQ Betty video before it went viral, for instance….). He kept me posted on his adjustments to Davis as a more impersonal environment in which he’d find himself in that position of being the only black in classes, and the burden of having to represent, etc….and the hyprocrisy of the self-proclaimed radical (Marxist or anarchist) professors who marginalize racism, etc…..The future? He said he’s like to go back to Oakland and give back…..he also said he’d like to check out Africa (Liberia?)….and of course keep writing. He was only starting to publish, but he was patient and disciplined and had long term projects….even as he posted some poems in FB. He was one of the kindest people I’ve met in recent years, and, though I don’t have many non-FB or non-professional friends these days, I hope it’s not presumptuous to say he was one of my closest friends, and I still can’t believe he’s gone. Rest in power as peace!
Posted by Chris Stroffolino at 7:36 PM